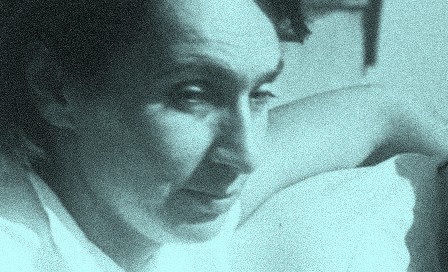 
1910  Born on 27 February at 40 Krucza Street in Warsaw.
1928  Passes her matriculation examinations and begins studying law at the University of Warsaw.
1929  Breaks off her studies and starts work in a notary’s office in Łódź.
1933  Passes the notarial examinations, and becomes the first woman in Poland eligible to become a notary.
1939  Marries Zygmunt Hertz in February. The Second World War breaks out in September.
1940  Reunited with her husband in Stanisławów, on their way back to Warsaw they are arrested by the NKVD in Lwów (now Lviv, Ukraine), and deported to the Mariyskaya ASSR.
1941  Freed following the Sikorski-Mayski Agreement, they both enter General Anders’ Army in the USSR. Zofia works in the editorial office of Orzeł Biały (White Eagle) in Buzuluk.
1942  She meets Józef Czapski, works in YangiYul, where the Polish army HQ is located. In August she is evacuated to the Middle East.
1943  Zofia works on Parada (Parade) in Cairo. In Quizil Ribat in Iraq she first meets Jerzy Giedroyc.
1944  She reaches Italy with the 2nd Polish Corps, and joins the editorial team of Dziennik Żołnierza APW (Soldier’s Daily of the Polish Army in the East) in Florence, then in Bologna.
1945  End of the Second World War. Zofia Hertz and her husband remain in exile, continuing to serve in the 2nd Polish Corps of the Polish Armed Forces in the West.
1946  In February, the Literary Institute is founded in Rome. Zofia runs the administration for the publishing house. She becomes Jerzy Giedroyc’s closest collaborator.
1947  The first issue of Kultura is published. The Institute moves to Paris.
1948  Zofia Hertz is demobilized, and recognized by the French authorities as a political émigré.
1962  She compiles the “Humor krajowy” (Humour From Poland) column for Kultura, starting with the June issue.
1979  Death of Zygmunt Hertz.
2000  After Jerzy Giedroyc’s death, Zofia becomes the director of the Institute. She brings out the last issue of Kultura, no. 637.
2001  Zofia Hertz receives the Medaille d’Or de la Ville from the mayor of Maisons-Laffitte.