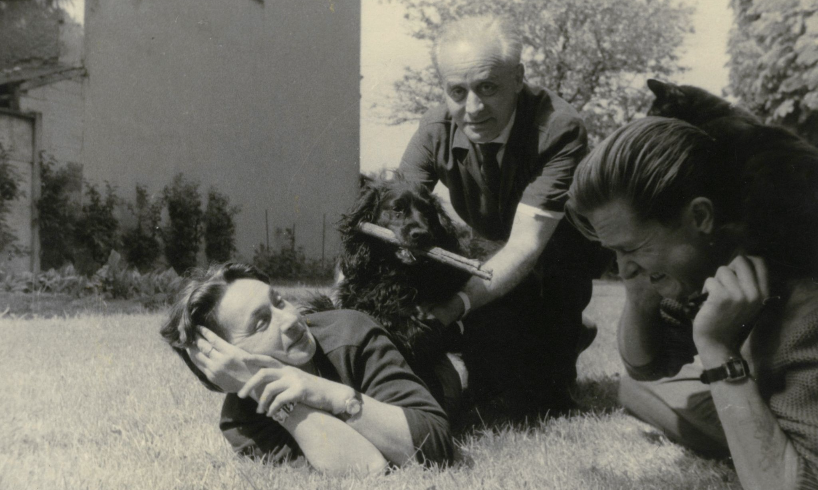 Hłasko was born in Warsaw, where he lived until October 1944. He survived the Warsaw Uprising that year and left the city with his mother to live in Częstochowa, Hajduki in Silesia, and then Wrocław. In Warsaw he had been enrolled into the State Technical Theatre School, but was expelled after six months. At the age of 16 he became a truck driver and found work for PAGED, the state timber agency. In 1951 he returned to Warsaw, where he divided his time between being a driver and a journalist with Trybuna Ludu (The People’s Tribune), the leading communist daily.

Fame
In 1953, Hłasko was coached in writing by two communist establishment writers, Bogdan Czeszko and Igor Newerly. His work gained enormous popularity in Poland. After 1956, when Gomułka’s political thaw was abandoned in favour of a rigorous ideological and political freeze, Hłasko found himself out of favour with the authorities. Even membership of the official Polish Writers’ Union, which had once earned him an apartment, offered no protection.

Life Abroad
In 1958 Hłasko left Poland and was offered refuge in the Literary Institute in Maisons-Laffitte, where he proved to be a most trying presence for his hosts. Giedroyc published five of his books – novels and collections of short stories – over a period of 11 years. They included Cmentarze (The Graveyard), Następni do raju (Next Stop – Paradise) and his last novel Piękni dwudziestoletni (Beautiful Twenty-year-olds). Many of his short stories appeared on the pages of Kultura – in 1957 he had received the Kultura prize for writers living in Poland.

After relocating from Paris to West Berlin Hłasko attempted to return to Poland, but failed. Instead, he moved to Israel and visited the United States. He married and divorced Sonja Ziemann, a German actress, singer, and dancer. He died in Wiesbaden in 1969 after an overdose of alcohol and sleeping pills.