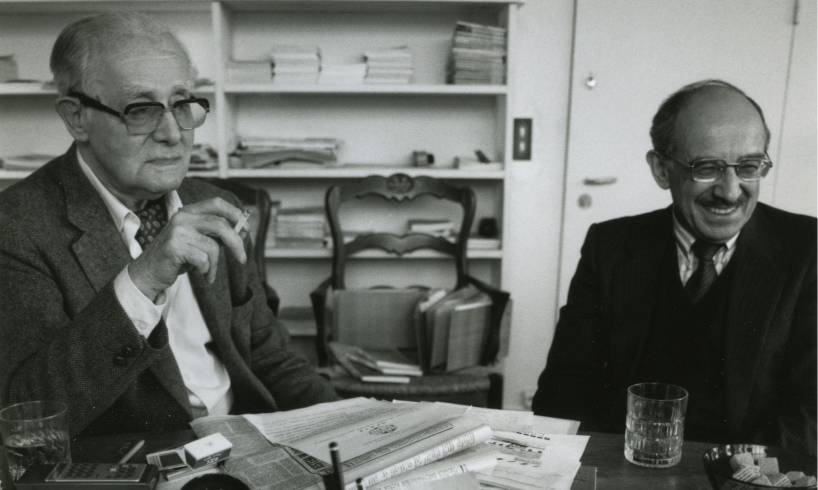 
Russian historian, researcher into Russian and Soviet history, columnist.
Heller completed his studies with a doctorate in humanities in 1945 at Moscow University, after which he worked as a teacher in a secondary school. He was sentenced in 1950 for thought-crime offences to 15 years in a labour camp, which he served until 1957. In 1963 Heller came to Warsaw, where he worked for the Polish Press Agency.
In 1968 he left for Paris, where he lectured at the Sorbonne until 1990. He contributed to Russkaya Mysl (Russian Thought) and also wrote many books on Russia and the Soviet Union. These include L'utopie au pouvoir: Histoire de l'U.R.S.S. de 1917 a nos jours (Utopia in Power: The History of the Soviet Union from 1917 to the Present), which he co-wrote with Aleksandr Nekrich.
Heller was one of Giedroyc’s close collaborators, and his adviser on Russian matters.
He forged links with the Literary Institute immediately after his arrival in France. For Kultura he first compiled a regular review of the Soviet press, then from 1992 up to his death the column “Notatki rosyjskie” (Russian Notes). He was awarded the Kultura Prize in 1977 for his articles on the USSR.
For a select bibliography and other information, please refer to the notes at the end of the biographical note in Polish.
No results found