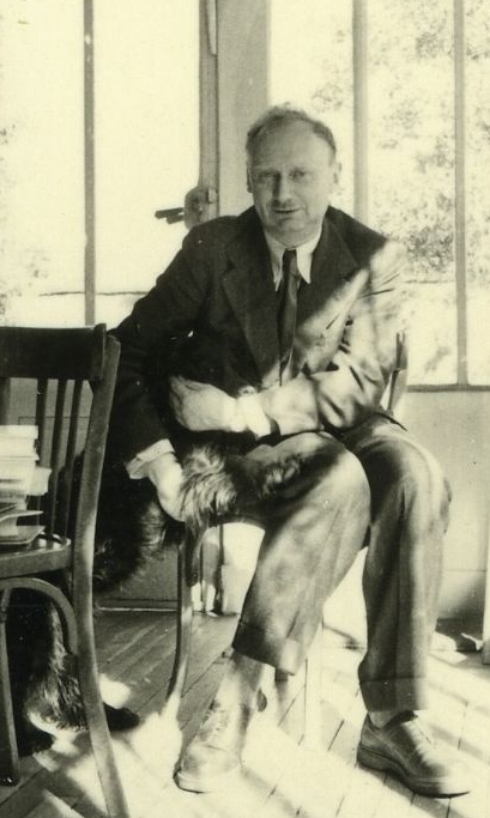 Composer, music critic, prose writer and journalist. He attended the Warsaw Conservatory before the Second World War, and briefly also studied Polish language and literature as well as philosophy. Kisielewski’s early writings were published in Pion (The Vertical), Bunt Młodych (Youth in Revolt) and Polityka (Politics). Between 1935 and 1937 he worked as secretary to the editorial board of Muzyka Polska (Polish Music). After the German invasion in 1939 he took part in the September Campaign, seeing action near Kowel and Włodzimierz (now Kovel and Volodymyr-Volynsky, Ukraine). During the German occupation he lived in Warsaw, taking part in the underground life of the capital. He fought in the Warsaw Uprising in 1944.

At the beginning of 1945 Kisielewski took up residence in Kraków and lectured there at the State Higher School of Music, from which he was dismissed after delivering a critique of socialist realism at the Szczecin Music Congress in 1949. In 1945 he founded the fortnightly Ruch Muzyczny (Music Movement) and in April that year began to write for Tygodnik Powszechny (The Catholic Weekly), the acclaimed liberal Catholic magazine. This association was to continue until 1989 (with a break in 1953–6 when the magazine was closed after refusing to publish an obituary of Stalin). From 1945 Kisielewski was a member of the Polish Writers’ Trade Union, renamed the Polish Writers’ Union in 1949, and was a member of the board of ZAIKS, the Authors’ Association. From 1955 he worked with Polish Radio, and in 1976 became a member of the Polish Pen Club. Between 1957 and 1965 – at a time of relative political thaw – he entered the Polish Sejm as a deputy from Znak, a Catholic lay organization recognized by both the communist state and the Church hierarchy.

In 1964 Kisielewski was a co-signatory of the “Letter of the 34”, an open letter of protest concerning censorship and the cultural policies of the authorities, addressed to the then Polish prime minister Józef Cyrankiewicz. For his overt criticism of the communist party in February 1968 Kisielewski was expelled from the Polish Writers’ Union and his work was banned from publication. In December 1975 he co-signed the “Letter of 59”, a protest against proposed amendments to the constitution of the People's Republic of Poland. From the mid-1970s he cooperated with the Workers’ Self-Defence Committee (KOR, later KSS KOR) and contributed articles and essays to many underground and émigré periodicals such as Aneks (Annexe), Biuletyn KOR (KOR Bulletin), Głos (The Voice), Krytyka (Critique), Puls (Pulse) and Spotkania (Encounters).

In 1989 Kisielewski began to write for the weekly Wprost (Straightforward), and a year later the magazine founded a prize in his name. He received numerous prizes and awards himself: in 1974 from the Alfred Jurzykowski Foundation in New York; in 1979 from the A. Strug Foundation in Warsaw; in 1983 from the Max Schmidheiny Foundation at the University of St Gallen, Switzerland; and the Stanisław Vincenz and Alekander Bocheński Awards in 1987 and 1988, respectively.

Kisielewski’s professional relationship with Jerzy Giedroyc dated from the mid-1930s. From 1976 onwards he sent all his censored pieces to Kultura and Giedroyc duly published them in the journal under the section titles “Wołanie na puszczy” (Cries from the Forest) and “Widziane inaczej” (An Alternative View). His political analyses and excerpts from his novels were also published in Kultura.