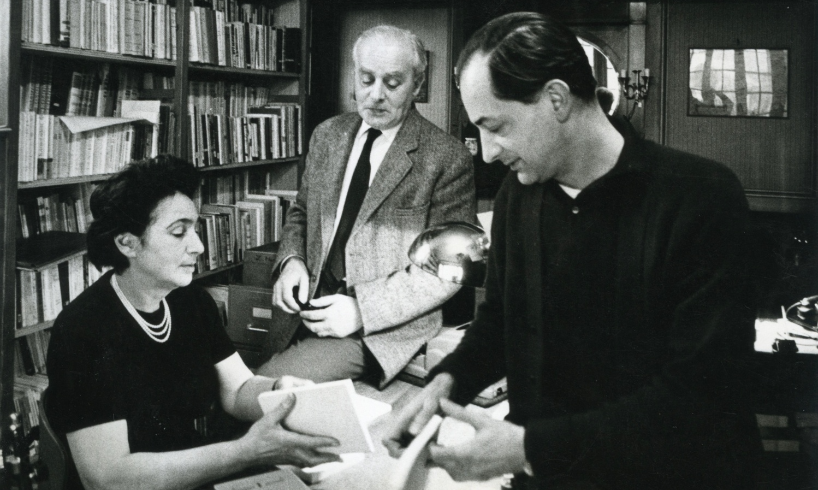 
Henryk was the youngest of the three Giedroyc brothers. He attended the Jan Zamoyski Secondary School in Warsaw. In 1939 he was evacuated with his eldest brother Jerzy to Bucharest, where he passed his matriculation examinations.
In early 1941 Henryk was evacuated to Istanbul and in April, again with his eldest brother, enlisted in the Polish Independent Carpathian Rifle Brigade.
He served in a transport company in the 3rd Carpathian Rifle Division, later in the 2nd Polish Corps, in Palestine, Tobruk, Iraq and Egypt, and finally in the Italian campaign.
In 1946 the Polish military authorities allowed Henryk to attend Turin Polytechnic, although after about a year he was transferred to England and entered the Polish Resettlement Corps.
Henryk was demobilized in 1948 with the rank of second lieutenant. He started working in a Wall’s ice cream factory.
In 1952 Henryk joined the Literary Institute in Maisons-Laffitte and undertook administrative work, among other duties. In 1966 he married Leda Pasquali.
After the death of Jerzy Giedroyc, Henryk headed the Literary Institute (up to 2003 together with Zofia Hertz).
He died on 21 March 2010 in Maisons-Laffitte, and was buried next to his wife and brother in the local cemetery in Le Mesnil-le-Roi.
No results found