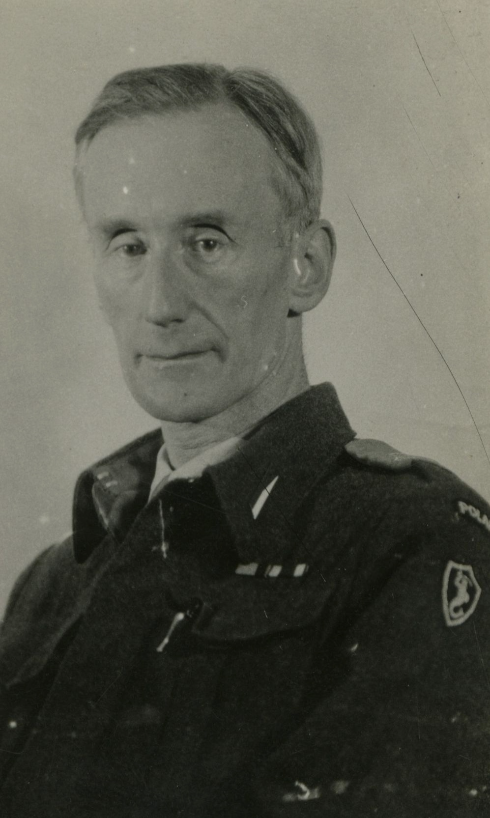 Painter, critic, essayist, art connoisseur and officer in the Polish Army. One of “Kultura’s” keenest advocates and closest associates. He was christened Józef Maria Emeryk Franciszek Ignacy, a scion of the noble Hutten-Czapski family. He was the son of Count Jerzy Czapski and Józefa née von Thun-Hohenstein.


Early years
Józef spent his first years with his many brothers and sisters on his family estate at Przyłuki (in today’s Belarus), before moving to St Petersburg where he attended High School no. 12 and later studied law. During the First World War he joined the Polish 1st Krechowce Uhlan Regiment, which he subsequently left due to his pacifist beliefs. He later undertook to track down his regimental colleagues, last sighted in Petrograd (as St Petersburg was briefly renamed). On arriving there, he found out that they had all been executed. Later he took part in the Polish-Soviet War of 1920, commanding a small unit.


A “Kapist”
After the war, Czapski began studying at the Academy of Fine Arts in Kraków, under the direction of Józef Pankiewicz. Together with his friends, they formed the Paris Committee (Komitet Paryski in Polish, its members were known as Kapists from the acronym KP). The group sought funds to assist students wishing to travel to Paris, then the art capital of the world. Czapski later used to say that he went to Paris with enough money for six months, and stayed six years. As he spoke the best French of all the Kapists, he soon made himself at home n France and entered the local intellectual milieu.
On his return to Warsaw in 1932, he immersed himself in Polish cultural life, gaining recognition not ony as a painter and writer but also for his critical appraisals of exhibitions and books.


The Inhuman Land
Czapski was arrested by the Soviets on 27 September 1939, and found himself in the Starobielsk POW Camp for Officers. He fell ill, and was transferred first to Pavlishchev Bor, then to Gryazovets. It was thanks to this chance chain of events that he became one of the only 450 Polish officers who came out of Starobielsk alive – the others, and those at similar camps, were murdered by the NKVD at Katyń and other places of mass execution.

Czapski was freed as part of the so-called amnesty following the Sikorski-Mayski Agreement of 30 July 1941, and joined General Anders’ Army. Here he was assigned a task similar to the one he had undertaken in 1918 – to search for his brothers-in-arms in the POW camps. This quest, with his searches for answers to questions about the fate of these Polish soldiers, forms the subject of his book The Inhuman Land, published by the Literary Institute in 1949.

When it became clear that Czapski would not determine the exact fate of the Polish officers, General Anders reassigned him to head his army's Department of Public Relations and Information.


Czapski was involved with the Kultura project from its inception, and for years gave the editorial team invaluable support. He knew not only about art but also about literature, and he had a lively interest in contemporary cultural life - all these formed the subjects of his articles. From the second issue, he published extracts - entitled The Inhuman Land - from his memoirs of the Soviet prison camps.

Tireless Fund-Raiser
Twice, in 1994 and in 1955, Czapski played a decisive role in securing funds during difficult times for the Literary Institute. In 1949 Czapski undertook a lecture-tour of the United States and Canada, where he spoke about the Katyń massacre and raised funds for Kultura. His observations of the New World were encapsulated in a series of Notatki amerykańskie (Notes from America) published in Kultura. His second journey was to South America, to raise Kultura’s subscription base among the many Poles who had settled in this part of the world after the Second World War. It is mainly as a result of this tour that funds were secured to pay for the purchase of permanent premises for the Institute at Maisons-Laffitte.


Writer and Friend
Czapski's essays were published in Kultura, while Biblioteka Kultury published a collection of his writings on art under the title Oko (The Eye), a second edition of The Inhuman Land, and a three-volume selection of his best writing, Tumult i widma (Tumult and Phantoms).
In his earlier career Czapski used the pen-name Marek Sienny, but later often signed his name just J. Czap. Although not directly involved in the editorial process, he was nevertheless an extraordinarily important figure in the Institute. Giedroyc called him his “foreign minister”, for not only did Czapski speak fluent French, German and Russian, he also had the rare gift of gaining over the people he encountered. It was thanks to him that the editorial team in its early years could collaborate with both France's minister André Malraux and James Burnham, and publish their work in Polish for the first time. Czapski remained a permanent resident of Maisons-Laffitte, he and his sister Maria occupying modest quarters on the first floor of the house to the end of their lives.