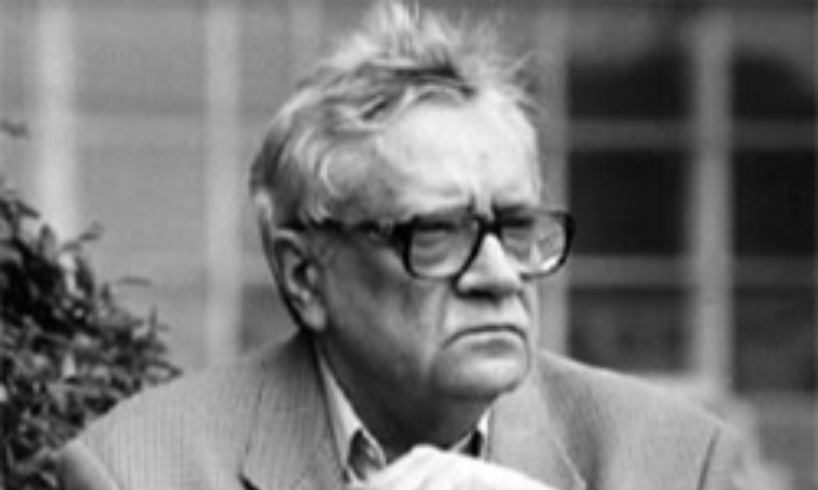 Vladimir Maksimov
Born 12 December 1930 in Moscow
Died 26 March 1995 in Paris
Russian dissident novelist and poet. Committed to psychiatric hospitals in the Soviet Union and deprived of his citizenship while in France. Edited the influential Russian émigré quarterly Kontinent in Paris.

In our expression of good wishes on Kulturaʼs 30th anniversary we, the editorial board of Kontinent, wrote:
“From the first day of its existence, and at every possible juncture, the journal Kultura developed and upheld the magnificent tradition of maintaining a spiritual bond and political solidarity with the finest representatives of Russian literature and social thought, whether in Russia itself or outside our country. We wish to assure you that we appreciate this fully and will do everything in our power to reciprocate with equal candour and steadfastness.
“We hope that our shared aims and values will ensure unshakeable and complete unity of purpose.
“The existence of Kultura in our present reality offers eloquent testimony to the fact that Poland and its culture has not, and will not, perish”.
Ten years have passed. Ten years of friendship and collaboration. Needless to say our co-operation has not always been a cloudless idyll. Quite fundamental discussions, indeed strong disagreements, took place, which – in keeping with our mutual agreement – were never taken into the public sphere. We believed that goodwill and tolerance would triumph over our differences and lead to a consensus of ideas. And that is what usually happened.
Kultura came into being immediately after the Second World War. It was created by a group of Polish intellectuals who for differing reasons had found themselves in political exile. Today their names are known to every Polish schoolboy: Jerzy Giedroyc, the remarkable painter and writer Józef Czapski, and the brilliant writer, essayist, and diarist Gustaw Herling-Grudziński.
From the outset Kultura was at variance with the traditional Polish mindset. By the standards of the day, its editorial policy was based on principles that were without doubt laced with political heresy:
1. The abandonment of hope for assistance from the West. Polish political endeavour was to be based exclusively on Polish potential.
2. Overcoming age-old Polish patriotic axioms, and the unqualified acceptance of the right of independence for Lithuania and Ukraine.
3. The normalization of relations with Germany free from historical prejudices.
4. Searching for ways to unite all forces of resistance and liberation in Eastern Europe, and above all to include such forces in Russia.
All of this seems completely obvious today. Yet to reach the obvious, it took decades of intense and mostly unrewarding struggle, battling hard with notions and ideas that seemed set in concrete, nationalistic prejudices and intellectual mindsets – both in Poland and abroad.
Step by step, year by year, Kultura widened its moral influence among Poles, eventually achieving nationwide acknowledgment, and becoming an authority in its own right.
Kultura’s ideas found greatest resonance with the post-war generation of Polish intellectuals schooled in bitter experience, which told them that real freedom could only be attained through concerted action with other captive East Europeans and in alliance with the best of thinking Russians. Kultura not only brought to the attention of the West a galaxy of Polish authors whose names are now widely known (Miłosz, Andrzejewski, Hłasko, Kołakowski, Gombrowicz, and many others), but also discovered for Polish (and non-Polish) audiences Russian names such as Solzhenitsyn, Daniel, Sinyavsky, Brodsky, or the Lithuanian poet Venclova. And it continues this quest of discovery. If you examine the development of the political opposition in Poland, the influence of Kultura can be seen from the very beginning and then – with time – its perceptible increase, from the demands of the Polish intelligentsia post-1956 to the birth of Solidarity and its full flowering. The long toil of the founding members of this wonderful journal has not been in vain. The seed planted some 40 years ago has borne fruit, and I am sure will continue to do so.
Kulturaʼs impact on the ground-breaking trade union Solidarity assures it a place not only in Polish history but also in the history of the great war against totalitarianism. It is no accident that many of us – exiles from Russia and other parts of Eastern Europe – saw the journal not just as Polish, but also as our own.
The Kultura credo was well stated by Józef Czapski in an article which we included in the 12th issue of Kontinent:
“As with the continuing pace of international change, so the Polish situation with its shifting realities requires ever new analysis. Kultura engaged and continues to engage with everything that might awaken a sense of responsibility, which could in turn lead to a political mobilization of society. Any crisis within the totalitarian order could initiate the formation of a stable opposition. Kultura stands ready to serve as a focus for such an opposition and in doing so hopes it will not be the only one to assume this role. We instinctively oppose preconceived judgements and condemnations, making room for words and deeds in the common struggle, room enough to include even the voices of our opponents...
“From our earliest days we took exception to all forms of nationalism in Poland, including anti-Semitism – to which the communist regime reverted in 1968, bringing shame on the name of Poland. We are fighting for a Poland free of nationalist zealotry. We seek to develop the belief that not only Poland but the whole of Central and Eastern Europe is our common homeland.”
More than 12 years ago Solzhenitsyn advised me to visit the Literary Institute and begin the belated dialogue between our two nations. Twelve years is all too short for such a project, but something was begun, the dialogue is in place, and  I am convinced that sooner or later complete mutual understanding will be achieved. My conviction is underpinned by the goodwill shown by both sides – which is the essential element in all discourse.
As I turn my thoughts towards our friends in Maisons-Laffitte on the eve of Kulturaʼs 40th anniversary, one word expresses my feelings, and that word is gratitude.
Vladimir Maksimov
November 1986
________________________________________
[*] From “O Kulturze. Wspomnienia i opinie” (About Kultura. Opinions and Recollections), Puls Publications Ltd, London, 1987