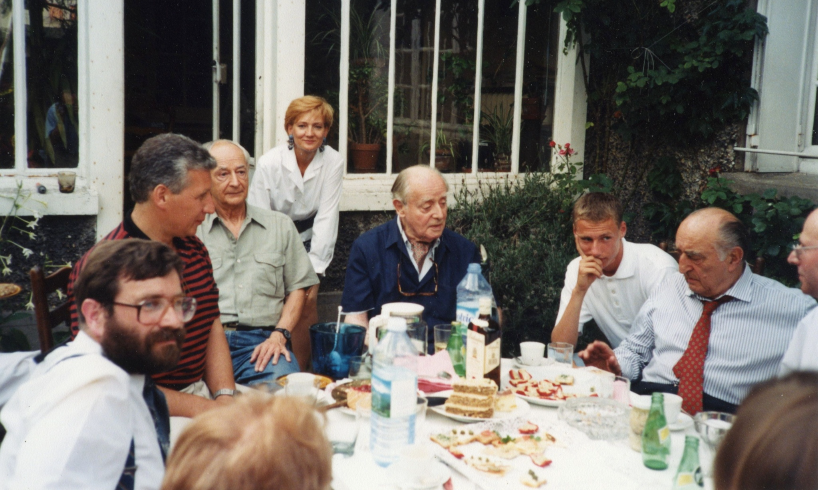 Europe bears the imprint of “Kultura”


The legal document confirming Poland’s chairmanship of the Council of Europe should also bear the signature of Jerzy Giedroyć and the seal of his journal, “Kultura”.

The dead only live for as long as the living remember them. Memory of Jan Kułakowski will not die quickly. It was – perhaps, I don’t know – entirely coincidental that the funeral of the first negotiator of Poland’s entry into the EU should fall on the day Poland assumed the chairmanship of the Council of Europe. Tadeusz Mazowiecki, speaking at the Powązki Cemetery in Warsaw, said it was surely a symbol of the times. And so, in this “coincidental” way, it was Kułakowski who closed off this greatest and most fruitful development in Poland’s post-war history.

Everything has already been said about Kułakowski. He lived long. As a Belgian, secretary of the World Confederation of Labour, he had long battled for the freedom of trades unionists imprisoned by various dictatorships and satrapies, including the Polish People's Republic; to the world he registered not only the call to freedom, but also the strong image of a democratic Belgium. As a Polish-Belgian during the period of Martial Law in Poland he organised support for Solidarity, inviting to his home those who had managed to escape. Finally, in 1989, he was the architect and representative of the presence within the European Community of the Republic of Poland.

In everything he undertook, Kułakowski personified the idea of the “citizen of Europe”. Not many at that time, or indeed now, could present this image to the wider world. Kułakowski could.

Another coincidence – or maybe it was the politics of Solidarity and Martial Law – drew us closer, established the bond of friendship, as we conspired to smuggle the contraband of ideas to Poland. Even before that, we two Polish-Belgians (he Catholic, I Jewish) were Europeans well before this concept was accepted and spread throughout our continent. That was no accident, nor was it we who invented it.

Just as Robert Schumann, the French foreign minister, was to mount the podium to give his speech on 9 May 1955 on the tenth anniversary of the fall of the Third Reich, he was handed a note by Jean Monnet setting out the plan for the European Coal and Steel Community, which became the midwife of the Europen Community. But in a modest house in Maisons-Laffitte near Paris a group of Poles had long ago conceived this idea, and was acting to achieve it.

Jerzy Giedroyć did not need any note. His philosophy was straightforward, although at that time revolutionary. A full five years before the signing of the Treaty of Rome, his Parisian tribune of the illegal Polish democratic opposition – “Kultura” – recognized that the future of Poland, this prisoner of Soviet Russia, could lie only within a united Europe. That all European wars are civil wars. That without the tearing down of political and economic barriers Europe could not save what had still been left of its Judaeo-Christian values, nor face the challenges of the future.

At this moment, as Poland takes over the chairmanship of the Council of Europe, it is worthwhile to recall that this European idea promoted by “Kultura” was not a mere exercise in nostalgia. It was a visionary political programme. “Kultura” advanced the view that “true European union, despite the pronouncements of demagogues of all stripes, did not entail the overthrow of sovereignty and democracy. Indeed it was the only way to preserve these values ( … ) Europe should present to the world the very idea of unity and cooperation. In the brutal world of global challenges only a united Europe would count for anything. Otherwise it was threatened by Finlandisation, suicidal nationalisms, or even worse.”

“Kultura” was the exemplar – the first in Europe – of how to counter these threats. Setting itself defiantly against practically the whole of Polish society, both in Poland and in the émigré community, it published in 1952 a letter from Fr. Józef Majewski. In it he advocated the voluntary (and not dictated by the Soviets) renunciation of Lwów (Lviv) and Wilno (Vilnius). He argued that Poles should understand that their fate is inextricably linked to the fate of the Ukrainians and Lithuanians; that they cannot defend their claim on the Oder-Neisse border without recognizing the validity of the claims of their Ukrainian and Lithuanian neighbours.

But “Kultura” did not confine itself to geopolitics. It took inspiration from an idea: “Bismarck’s thesis that absolute sovereignty is the ultimate goal of all national aspirations is today an anachronism. ʻKulturaʼ believes that freedom is the overriding objective, to which all else should be subordinated. The first question in the political primer is not whether Poland will achieve independence, but whether the world of tomorrow will be a world of free peoples. To consider the independence of Poland – set as it is between Germany and Russia – without thought to a radical restructuring of the international order, specifically the European order, is an other-worldly fantasy.”

And so, subscribed under Poland and Europe’s marriage certificate, and now also as witness to its taking over the chairmanship of the Council of Europe, the signatures should include that of Jerzy Giedroyć. And the seal of “Kultura”.


▶ “Kultura” and a united Europe
▶ Europe bears the imprint of “Kultura”
▶ Jerzy Giedroyc – the precursor of post-war Polish-German dialogue
▶ Responsibility for Europe. Jerzy Stempowski, Jerzy Giedroyc and Germany
▶ The “Kultura” Team
▶ Beyond the Polish Circle